Once again all the action came to the Go Pro Mountain Games in Vail.

Once again this year there was a good showing of UK athletes who took to the high water in style.

Nottingham’s Jenny Chrimes opening up the event with a third place podium finish in the home stake. She might have taken the win if it wasn’t for an exhaustion enduced swim at the finish line on the fastest lap in the race. Have you ever tried rolling after loosing grip on your paddle, whilst getting pushed up against a wall, after racing 1min 30 at an altitude of over 8,000ft on some manky class 5! Me neither but I think it got to be super hard.

The levels were high and the swims were big. JK’s Nouria Neuman from France flew into the lead after an interesting first lap, running the main first section (known as the mank) on her face. She shook it off well and in the end was the only female athlete to take 3 full runs. Taking the lead as the Homestake Champion 2016.

In the men’s UK extreme Joe Morley just missed out on a podium finish beaten by Race veterans Dane Jackson and Issac Levingson. However the big news of the day was Idahos 19 year old Jackson Kayak athlete Alec Vorhees, big water race specialist Alec thrived in the higher conditions taking his first ever win in a major pro race. He’s is becoming an athlete to watch out for on the tour. Especially at next weeks North Fork Championship on his local home run.

The action then moved to the freestyle and Claire O’Hara once again took the first place in the ladies with some consistently solid rides. The hole was super fast and deep. Constantly changing with the melting snow. The crowds were huge and the athletes performed with massive cheers for every huge trick they threw. In the men’s it was a tight fought battle with Dane Jackson showing some serious skills in testing conditions, to take home his 4th consecutive Freestyle gold wine.

As the freestyle wrapped up the racing continued. Jen, Joe and Phil represented the UK well. In borrowed big boats, old and new they blasted down the course setting new race records along the way. Joe pushed hard to put down a new course record and take the win with Phil came in close behind with a bronze medal. Jen once again made the podium showing consistency with another fast race time.

Last up was the 8 ball colourful, carnage full contact kayaking in the middle of town. I’m not sure who one but I do know it was epic and hugely entertained the crowds.

All in all it was another fantastic weekend of racing and competing. Thank you once again Vail for providing some epic adventure, experiences, prizes and memories that will last a long while. We will be back again for another weekend of action next June. 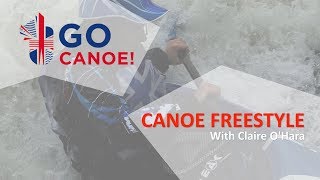 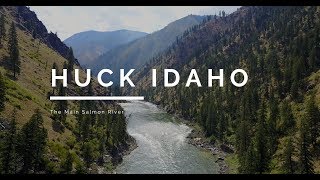